Paris is a city constantly struggling with its own identity, mainly due to Haussmann’s 19th-century citywide renovations. Breaking these self-imposed limitations is a feat rarely met without speculation and intrigue, but Parisian-based X-TU Architects have just challenged the outdated restraints to create Haussmann’s 21st-century housing counterpart while still employing his 19th-century language: a cleverly clad 70-unit housing estate abundant in parking, privacy and strategically located community gardens.

The project’s beauty is in its simplistic approach to slipping in the existing context by incorporating a 19th-century Parisian housing estate, which helps to create ‘a continuous urban ribbon’. The entrance to the complex has been positioned in the rear, and continues through to a communal courtyard garden. This private green space branches off to sets of even more private staircases, with each stair servicing the individual entrances to the multiple clusters of stacked dwellings.

The estate is composed of mostly similar or slightly altered unit plans, with the exception of bi-level apartments that occupy the top two floors, with each including their own private garden. The oversized operable picture windows have been unexpectedly outlined and illuminated by a bright neon-yellow band of aluminum cladding. Explains X-TU, ‘the shading is achieved with interior sliding panels on the north elevation, and with shade panels that slide into the exterior wall for the top floor apartments.’ Simultaneously, the street-side façades are clad in a subdued silver aluminum, allowing the large windows to visually burst through the project’s façades, and give a hint of brightness to an otherwise Haussmann-dominated Parisian street. 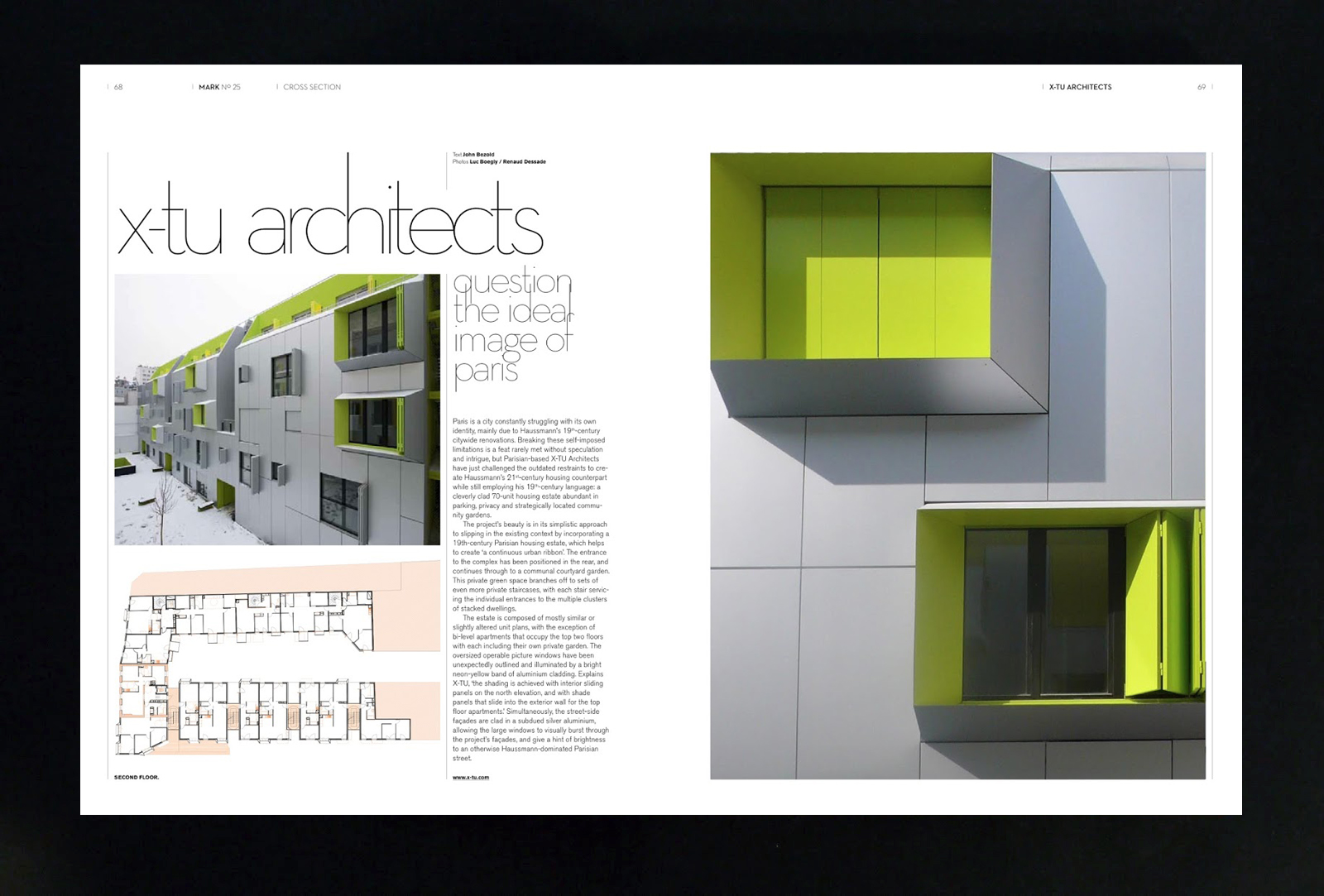