Once a popular holiday destination for the Soviet elite, Jurmala is a small seaside town that presents the casual visitor with a mix of dereliction and gentrification–the latter owing much to Latvia’s inclusion into the EU and the reclaiming of its national identity. Located 20 km from Riga, the town is a Baltic hidden gem–abundant summer festivals, white quartz beaches, and an eclectic mix of wooden architecture unique to the former Soviet region. With its glamorous past behind it, it’s the city’s newest architectural addition that’s now taking center stage.

Jurmala City Council commissioned local firm Substance to design a year-round sports complex. Given the complex’s prominent site near the Latvian Railway, Jurmala’s main street, and the Lielupe River, Substance knew the building would become a symbol of the city and looked for inspiration in the surrounding landscape. Inspiration came in the form of pine trees and crystallized amber, both widely associated with the Kurezme region.

The complex transforms with the seasons, boasting an ice rink in the winter and a synthetic field in the summer. The complex’s light austerity is due to the structural framework placed on the exterior, which also serves to define the complex’s undulating height–an aspect meant to mimic the surrounding tree lines. At night the complex glows a deep shade of amber, which was originally meant to be achieved via colored panels mounted inside, but instead occurred naturally–a welcomed addition to the project, which itself is a welcomed addition to Jurmala. 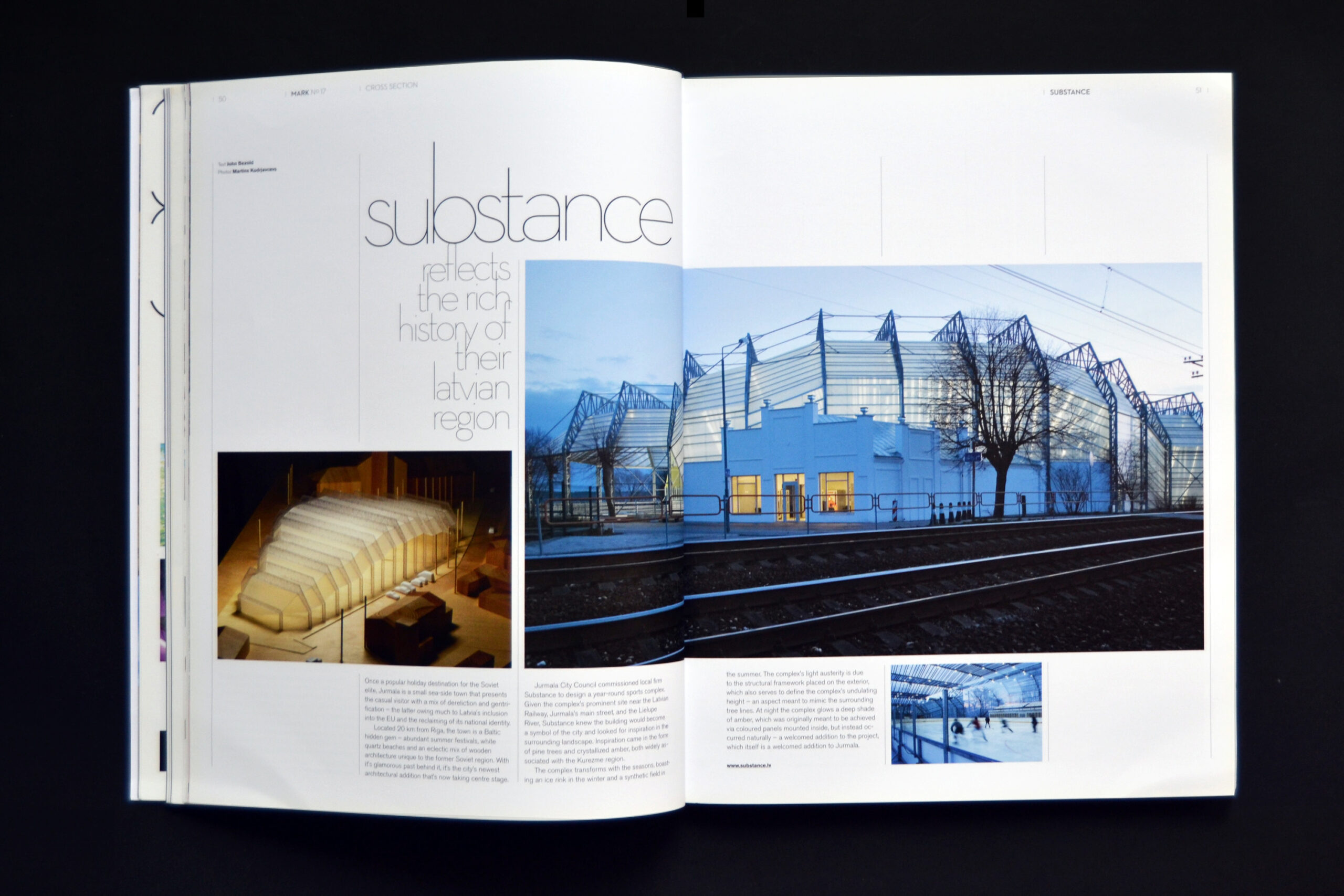