For students researching the various housing options a university may offer, the architect’s own words might help in choosing a place to live. With Utrecht University’s new student housing building–located in the Uithof section of the campus–the architect, Marlies Rohmer, promises a building that will function as ‘a social microcosm, in which youthful love may blossom and lasting friendships may develop’. Who wouldn’t want to live in a place like that? Of course, this statement is meant to be read more than surface deep, and is a reflection of the building’s playful and colorful façade, with floor plans that encourage student interaction to match.

Student housing, on any continent, has never been something students get overtly excited about. Traditional stereotypes include small rooms, even smaller shared kitchens, and an overall general lack of community. But these stereotypes have been crumbling in recent years–a change much welcomed by the students who inhabit these spaces. OMA’s master plan for the campus dictated that all ‘built areas were to adhere strictly to the orthogonal orientation’–and the new campus housing is no exception.

The building joins a family of noted buildings on the campus, and is right at home among them; largely in part to the building’s basic element that form its slightly radical yet simple design: a 20-m cantilever supported by four concrete slabs, firmly anchoring the building. Though the façade may appear as one solid piece, each color is a pixel–with some functioning as windows–meant to represent the diversity of the students who call the building home. 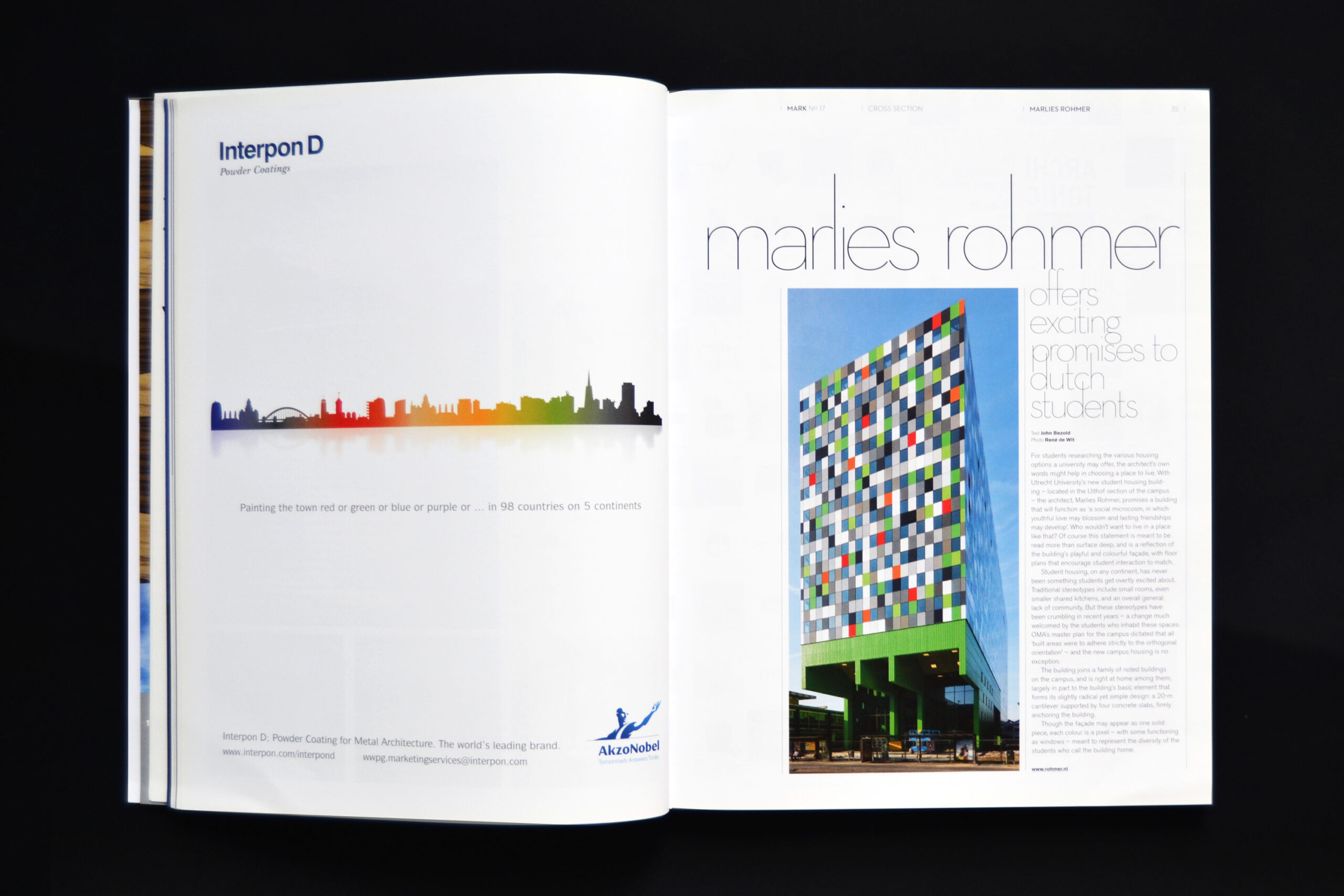