West Hollywood is where everything happens in Los Angeles. The young mingle with the old, the rich with the poor, and the famous–with the not so famous. But, above all, the area is known for being the most liberal community in LA. Subsequently, West Hollywood has flourished into a hotbed for all things cutting edge–experimental architecture included.

Lorcan O’Herlihy is known throughout LA for his single-family homes and small-scaled housing blocks, usually comprised of basic geometries, and often sited in the area surrounding the Hollywood Hills. Accustomed to cladding his projects with inexpensive and innovative materials, Formosa 1140 is no exception. Bright, bold, and bedazzled in a wide spectrum of maroon colored panels, the residential complex is hard to miss upon passing. Surrounded by California Bungalow homes from the early-twentieth century, the building makes no attempt to ‘blend in’ to its context.

The carefully scattered mix of maroon panels serves a dual purpose. First, they act as a shading device, offering protection from the ever-present California sun, while also concealing the building’s exterior circulation, which has been strung along the southern façade. Though one could argue the panels are nothing more than a beautiful veneer, thinly cladding just another rectangular box – somehow, it works. It’s bi-level living (and in one unit, quad level living), with a twist. Rather than creating a central courtyard, the program has been shuffled and scattered in such a way that no courtyard exists at all. Rather, on the Southern edge of the site, a large park is readily available to both the residents and the general public alike, bringing further cohesion to the already tightly-knit community of West Hollywood. 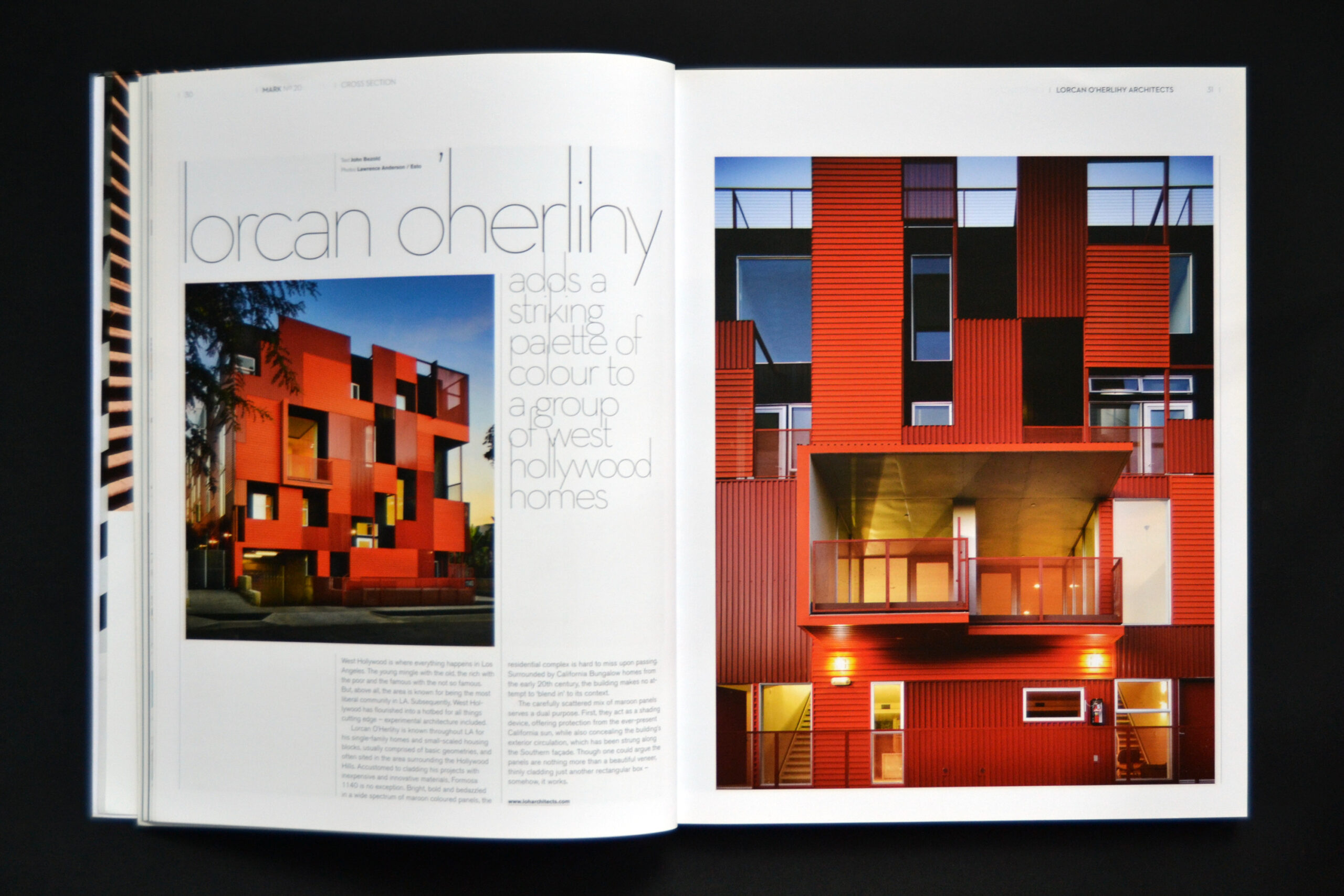