‘Down the rabbit hole with Pedro Gedanho’, MARK Magazine, No. 31

‘A trip down the rabbit hole’ is one way to describe Pedro Gadanho’s GMG House, sited just north of Lisbon in the city of Torres Vedras. This private residence packs more pop-culture references within its walls than first meet the eye, including nods to Claes Oldenburg, Damien Hirst, and Lewis Carroll’s Alice’s Adventures in Wonderland. The renovation of the nineteenth-century structure includes a number of habitable interventions, best exemplified by an oversized ‘pill’–a bathroom extension–that echoes both Oldenburg’s enlarged objects and Hirst’s capsules, while mirroring Alice’s sometimes-shrunken, sometimes-expanded journey through the strange universe depicted in Carroll’s classic novel of 1865.

‘I think it’s important to have cultural references in the home that come from outside the world of architecture,’ says Gadanho, adding that such references lend a sense of significance to the dwelling ‘that escapes the confined discourse of architecture’. Here in Torres Vedras, he’s made a multipurpose mix of the ground floor. The first floor combines living room, library, kitchen, pill, patio and pool. The second accommodates a bedroom, a bath and a studio, which are linked and framed by a seemingly endless hallway lined in sliding doors, distantly recalling the enfilades of French chateaux erected centuries ago.

‘I prefer to see architecture as pleasure–sensual or intellectual–rather than as an imposed constraint,’ says Gadanho. The realization of this preference is often a strange universe of historical, fictional and narrative connections. Only in this way, he says, can ‘architecture fulfill its cultural role and trigger ideas, recollections or even playful daydreaming’. Daydreaming, as Alice would do. 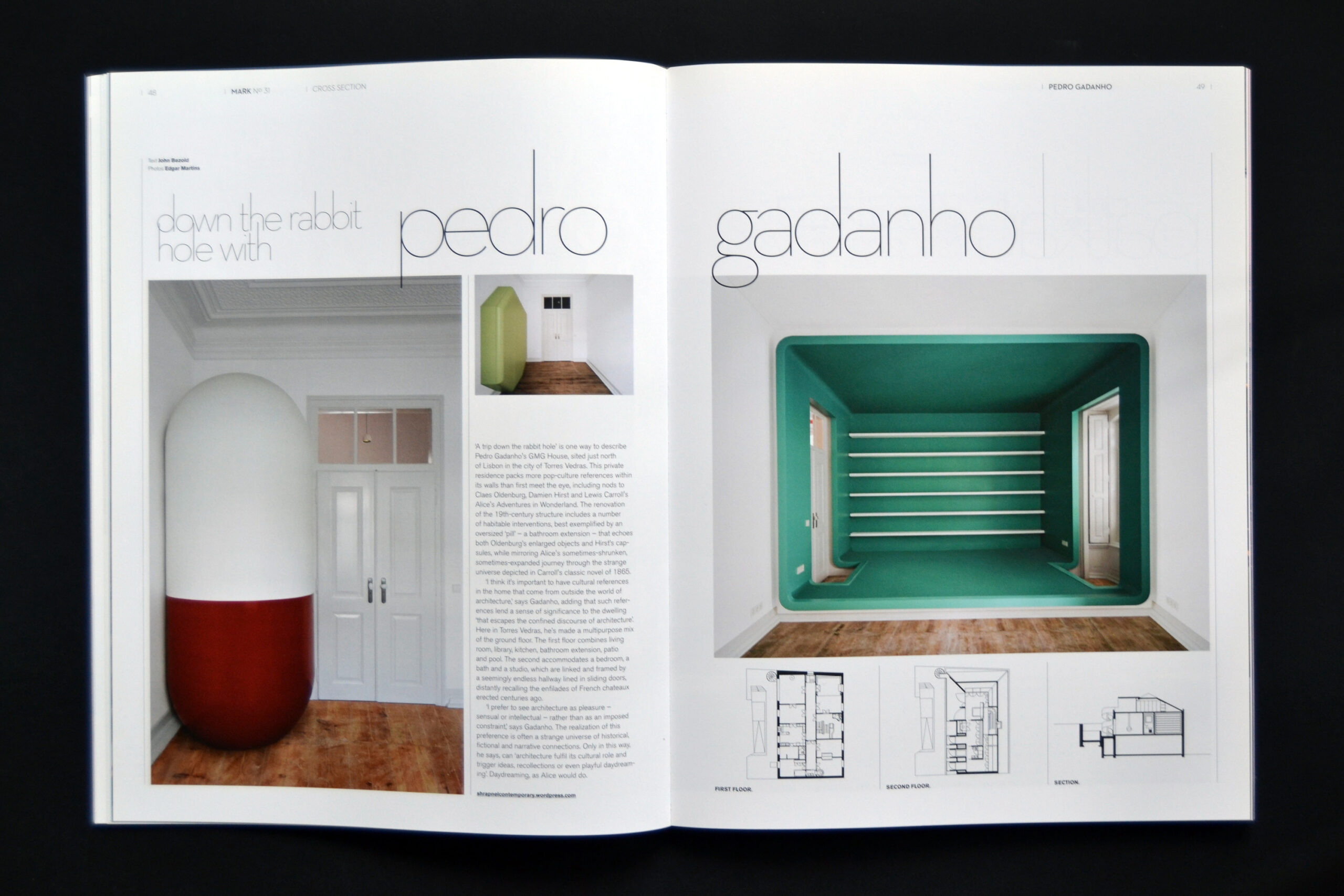