Sclera. It’s one of those words that sounds completely made up; as if pulled from the pages of a Dr. Seuss novel–but in fact, quite the opposite is true. Instead, it’s the medical term for the outer enclosure of the human eye–the white of the eye. But to David Adjaye the word ‘sclera’ has a somewhat different meaning; he’s rebranded the term and given it a new definition: ‘a space from my viewpoint.’ Adjaye has loaned his ‘self-coined’ term to the title of his recent installation at the 2008 London Design Festival, Sclera. The pavilion takes the form of an elliptical, almost oval shape, and is constructed of American Tulipwood–a material that architects and designers alike have long shied away from due to its unpredictable and fickle nature.

But working with American Tulipwood proved to be a less daunting task for David Adjaye, who’s known throughout the architectural world for his innovative uses of timber. The pavilion is composed of two circular chambers, outlined by planks of Tulipwood that span from floor to ceiling. The gaps formed by these outlying boundaries allow slits of light to enter the pavilion at varying degrees, creating an overlap- ping play of light that’s in constant motion as the user walks through. Adding to the playful space within is the pavilion’s ceiling, an undulating amalgam of Tulipwood timbers. The ceiling was imagined as a way of introducing circular motion to the pavilion without bending or manipulating the wood in any way–a showcase of beauty in its natural form. 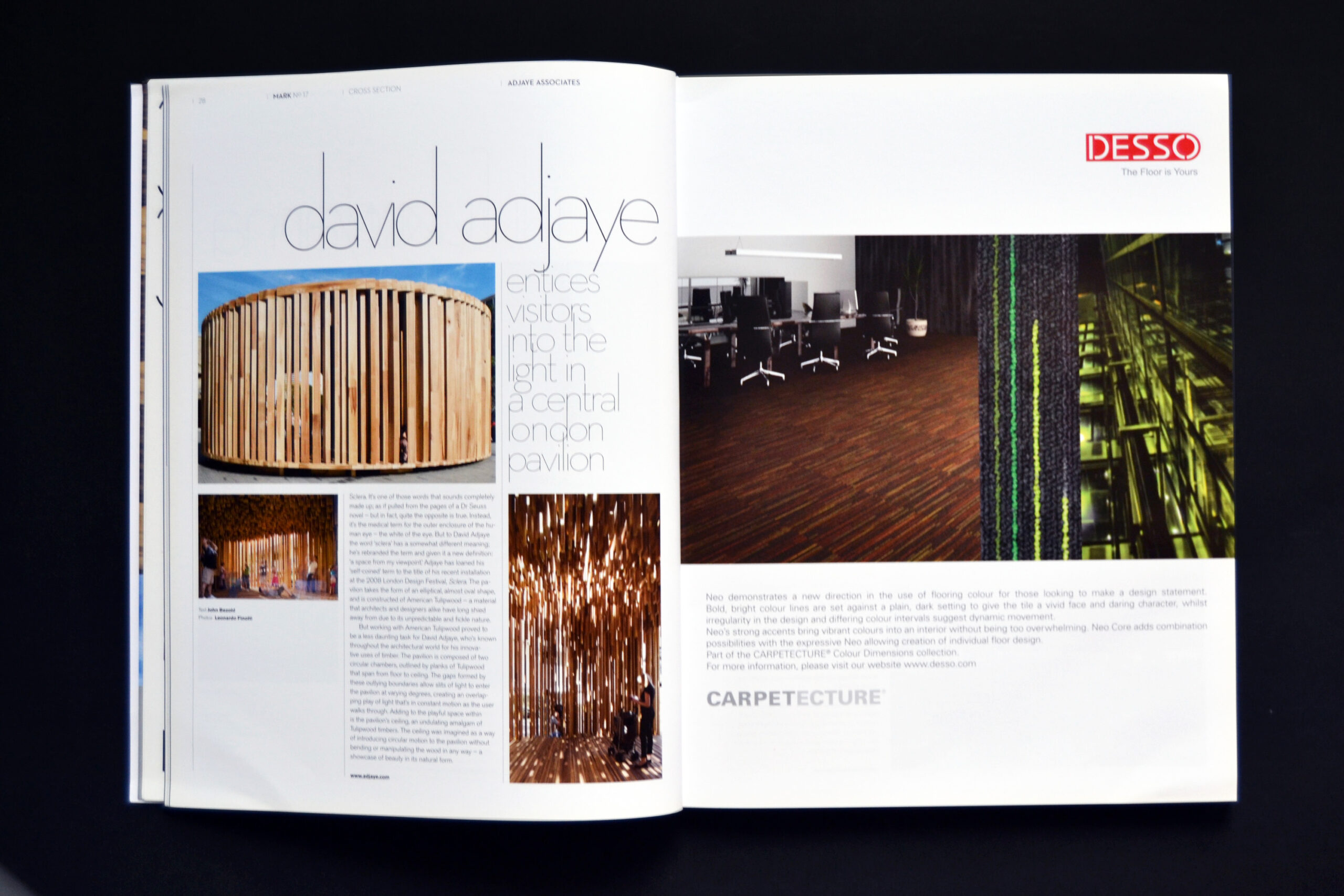