Abu Dhabi, the UAE’s second-largest city, constantly attempts to outshine the building spree of the country’s more famous capital, this time with Benoy’s Ferrari World Abu Dhabi, a humongous, 1.4-km-wide amusement park occupying yet another of the country’s artificial islands, each of which houses private collections of architecturally immaculate conceptions. Many continue to gape at Abu Dhabi and Dubai in amazement, as the cities dream up and realize one impressive feat of architectural engineering after another. Highlighting the most recent of these dreams, Ferrari World–‘the world’s largest indoor theme park’–is (as we go to press) the world’s fastest roller coaster. Integrated into the surroundings of the complex are the Yas Marina Circuit, home to the Abu Dhabi Grand Prix; the Yas Hotel, the imaginative work of New York-based Asympote; and the yet-to-be-built Warner Brothers Movie World.

In terms of engineering and scale, the most impressive element of Ferrari World is its sculptural roof, a structure composed of over 200,000 m2 of colored panels in the company’s iconic red. A central ‘eye’, or funnel, made of roughly 10,000 m2 of glass – much of it screen-printed – draws enough natural light into the complex to illuminate the entire park during the day, while helping to keep the indoor space a uniformly comfortable 25ºC. The recent grand opening of Ferrari World recalled the fanfare that accompanied the opening of Coop Himmelb(l)au’s BMW World in 2007. But bringing the Ferrari brand to life in this remarkable way surely surpasses anything BMW World has to offer, if only through the venue’s enormity, simplicity, and pervasive sense of Arabian intrigue. Rather than scoring with the speed and sportiness of Ferrari’s designs, Benoy makes mouths drop in disbelief through sheer size. 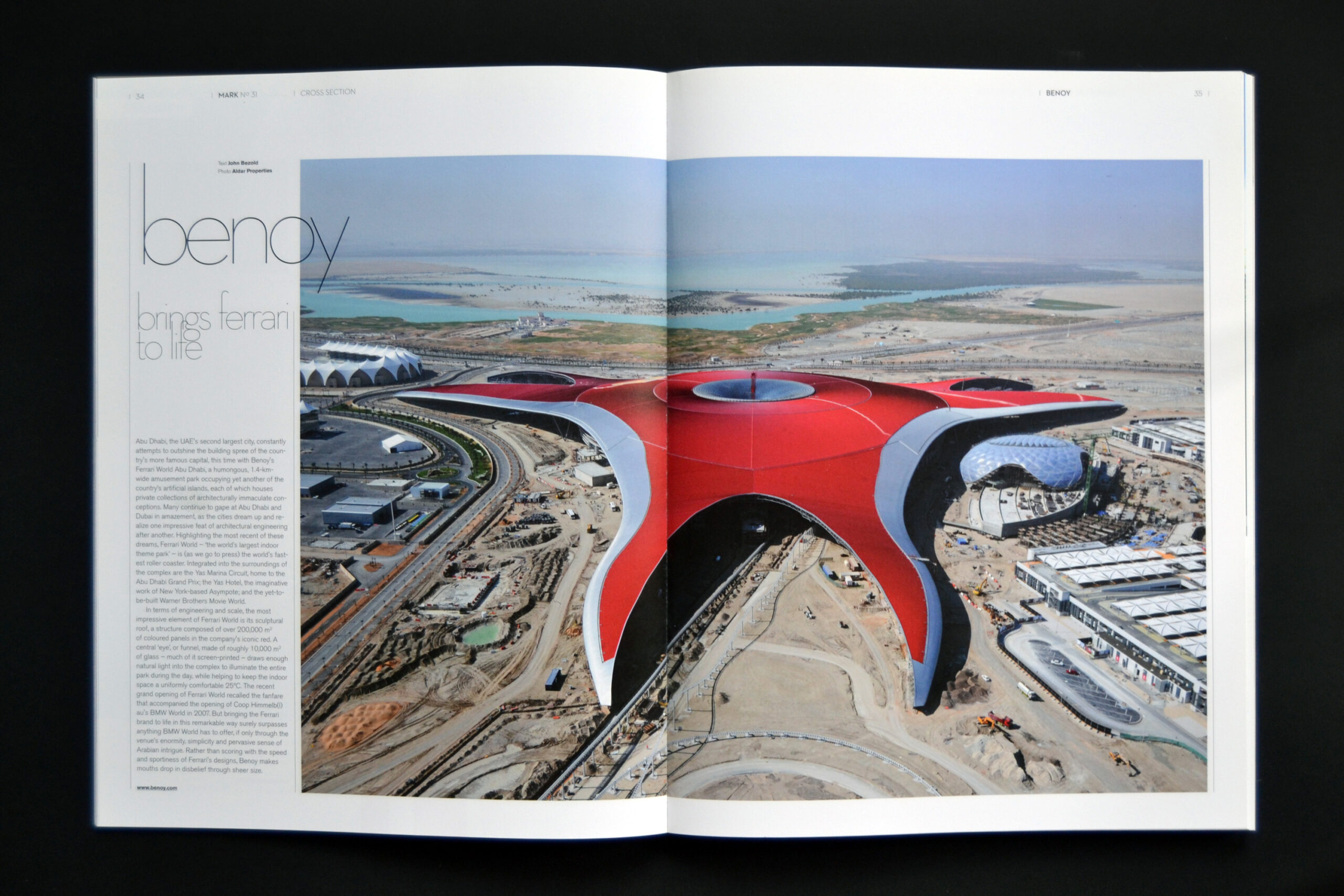