At the main entrance to each of Walt Disney’s ‘Magic Kingdom’ theme parks, a small gold plaque above the main gate welcomes each and every visitor, subtly announcing the advent of the magical transformation about to take place. ‘Here you leave today and enter the world of yesterday, tomorrow, and fantasy,’ the plaque silently whispers, reminding visitors that the world they’re about to leave–whether it be Anaheim, Orlando, Paris, Tokyo, or Hong Kong–will slowly fade and be replaced by the magic within. This transition from reality to fantasy is one that stirs emotion and sensations in breathtakingly beautiful ways. But what is it that makes the world within a theme park’s walls so spectacular? What about them awakens the human senses in such magical ways, and leaves both children and adults resistant to their magnetic draw?

The answer lies in the removal from reality. Inside the theme park, unexpected surprises are to be found around every corner. The new and unknown are welcomed and embraced with open arms, and the child within everyone shines through. In many ways, the theme park can be compared to ‘the city’; many theme parks encompass their own public transportation systems, civic services and even self-governing bodies. Within the city, emotions of the inhabitants run equally as high, and the unexpected is the everyday commonplace. But one small difference separates the theme park from the city; admission to the city is free.

Many capital cites of the world–most notably NYC, Paris, and Rome–have all been transformed into full scale ‘theme parks’ in their own right. The inhabitants of these cities have become fulltime residents of the theme park their city’s tourism industry has so carefully sculpted, marketed, and pre-packaged. Subsequently, the residents and tourists of these cities have begun to coexist, leaving both in a constant brush of shoulders. One could even compare their famous landmarks–the Statue of Liberty, The Eiffel Tower, and the Coliseum–to each of the ‘Magic Kingdom’s’ iconic Cinderella and Sleeping Beauty castles, the most recognizable symbol of each Disney park. The city, like the ‘Magic Kingdom’, has been reduced to a freestanding symbol.

But true theme parks, no matter how painstaking their attempts to replicate the culture and atmosphere of the cities beyond their gates may be, will never be able to reproduce the city’s cherished realm of ‘public space’. Nothing inside the theme park is public. Rules and regulations control visitor’s every action. The magic a theme park creates comes at a price. Behind the park’s meticulously constructed façade, one of fake castles and pristinely manicured gardens, only one company runs ‘the city’ within the park’s walls–further proof that theme parks, no matter how hard they strive, can never fully achieve city status.

The parks that yearn for this distinction, like those of the Walt Disney Company, will probably never see their lights fade. But what about parks of a smaller scale? Parks who don’t serve to anchor a city or an airport; park’s like the Disney resorts in LA and Orlando? Some of them, like those in the pages to follow, have seen their days of prosperity at soaring heights, only to crumble and decay in the decades that follow. But while most theme parks fail due to decreased attendance and the accompanying loss of operating funds, others tend to disappear from the public realm all together, retreating to the shadows of the woodlands they so often occupy. Sometimes a fatality within the park prompts its closing. Other times a park’s shady past comes back to haunt its future–paving the way for the spotlight of negative media coverage that may soon follow. But while unfortunate events close down some small parks, other manage to dodge the bullets of extinction; leaving them in a constant game of Russian roulette, with failure and success.

Pompeii, Knossos, Mesopotamia–at one time, these great cities had an unbridled sense of mystery, magic, and wonder weaving through their narrow streets. But somewhere the fate of these monumental cities took a wrong turn, and in the instance of Pompeii, the city’s fate proved capricious and instantaneously consuming. And even though these inﬂuential cities and civilizations of the past have crumbled under unforeseen forces, their beauty and splendour lives on. But will any abandoned amusement park ever hold the same historical status as Pompeii? Will any ever become World Heritage Sites to be studied in the future; or will they simply sit in an illicit state of decay? What happens to the whimsical world of fantasy, mystery, and magic contained within their walls once their unpredictable ill fate occurs, and the power of their magnetic draw begins to fade? 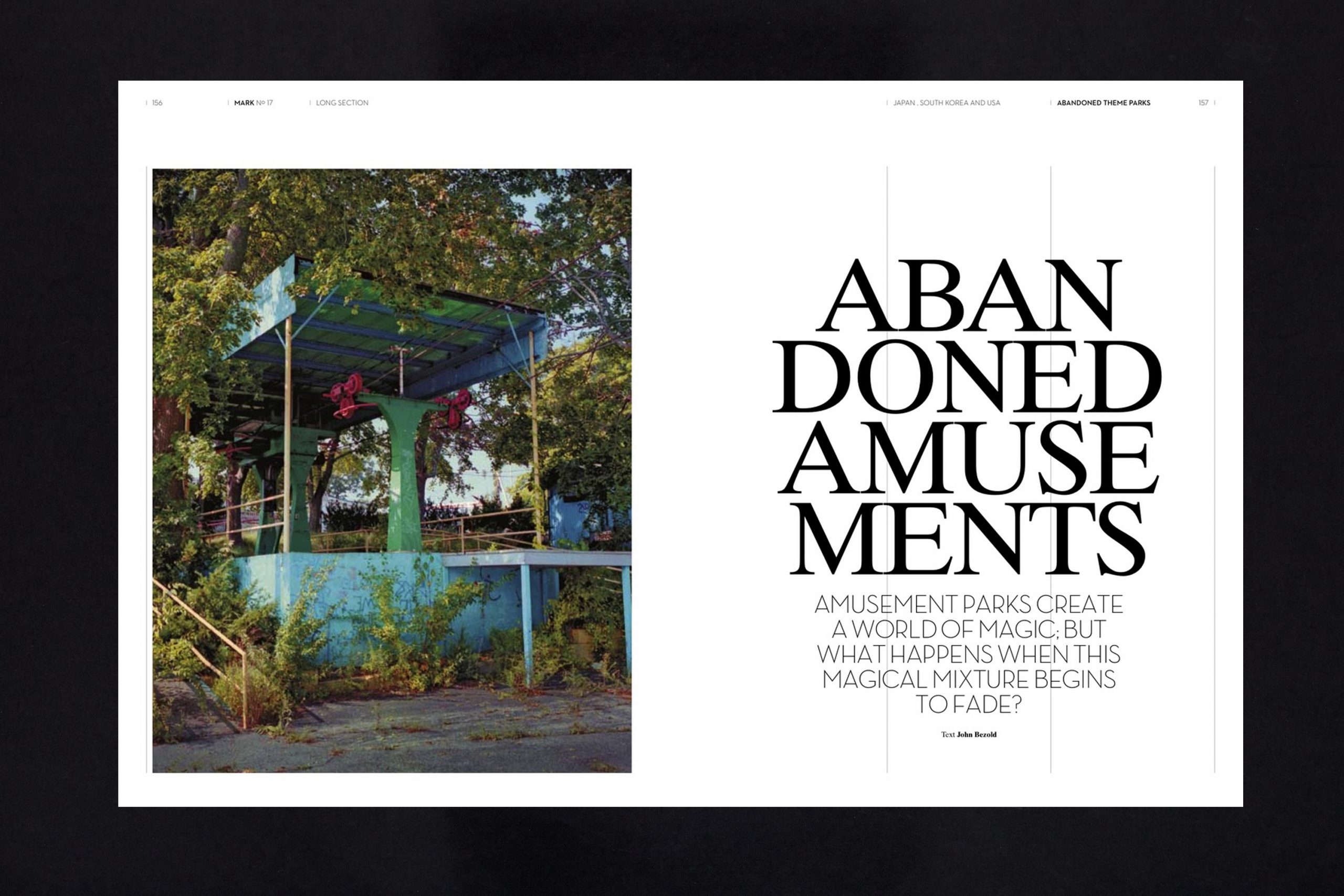 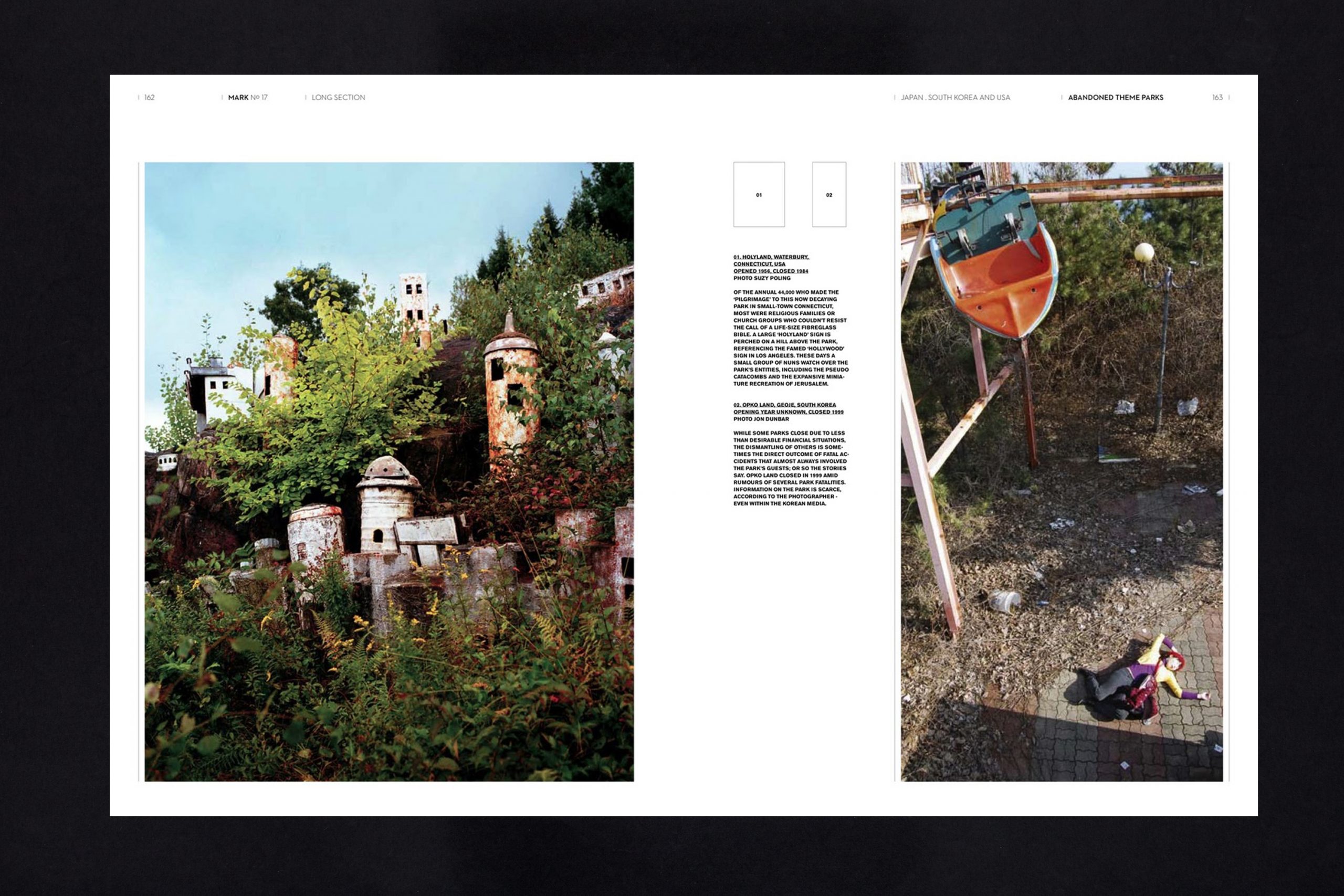 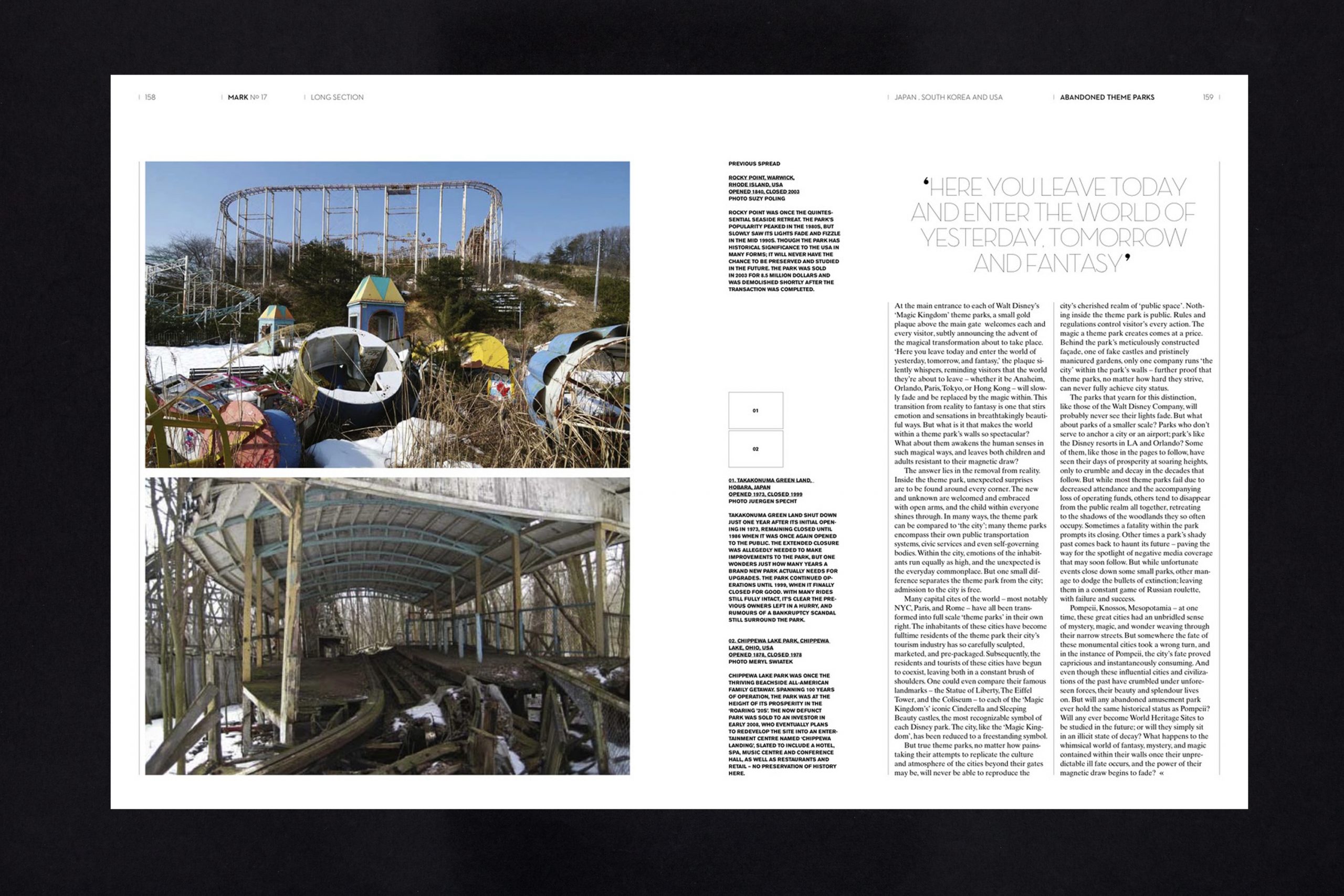