In close proximity to the Mediterranean, with breathtaking natural landscapes and a history fueled by the Roman Empire, the Gaüses, situated in the small district of Catalonia, are the perfect location for a quaint holiday home nestled in the foothills of the Pyrenees Mountains.

The holiday home, originally proposed as a small studio that would function as both a painting workshop as well as a weekend home for the client’s children, was constructed on an elongated site. ‘The starting point of the project was outlined by financial constraints,’ says the architect Eugeni Bach. ‘The home needed to be economically viable, and was produced on a tiny budget of only 70,000 euros. This factor limited the structural possibilities as well as the finishes.’ And it’s the finishes of the home that make it stand out–while seamlessly blending in.

The architects used only local materials and craftsmen in the construction of the home. The roof, which due to local regulations had to be sloped, is covered in cane–a simple material that can be easily replaced when needed. The sloped roof plays off the mountainous problem of the site, as well as allows for natural cooling and ventilation during the summer months.

‘The two facades below the porch are painted in vertical white and green stripes, allowing the shadow from the cane to produce a play of patterns that changes with the different solar orientations of the day,’ says Bach. A simple application that connects the home to the surrounding forest and draws attention away from any cracks that may occur in the brick and mortar façade over time. 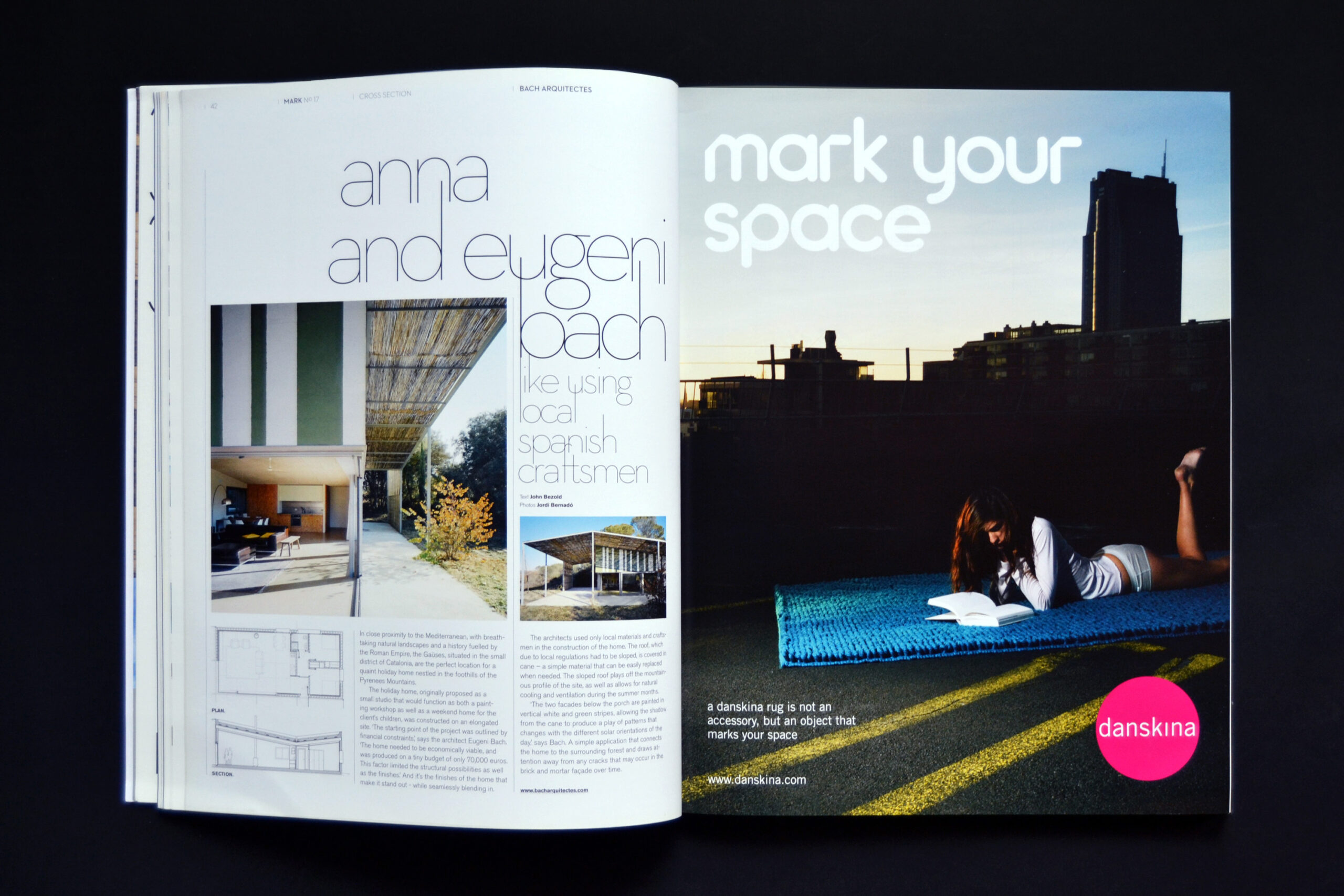