The 2008 film Revolutionary Road is a vivid portrait of post-war suburban American life that simultaneously explores the acceptable social values of the time. And while America’s cultural climate has changed greatly since the 1950s, the country’s view of neighborhood architecture has not. In the American suburb, traditionalism reigns supreme. Long Island, New York, recently broke free from this mould with the addition of a private library firmly rooted in the tradition of today.

Built for a young couple on an existing residential plot, ‘the library is positioned deep on the property, and tucked back into the woods’, says architect Andrew Berman. ‘It’s visible from the road but still recedes into its site.’ The 150-m2 building contains no more than needed: a gardening room, a bath, a kitchen and the library. Framed in steel, finished in wood and clad in copper–which reflects the surrounding trees–the library effortlessly disappears into its surroundings.

Berman explains that in the past ‘people built large buildings on Long Island–over-scaled to the communities’ traditional scale. This library goes back to what the scale used to be.’ A 3-m-tall red door opens into the library, whose volume and shape are hard to define. Small and complex, the space–not quite a trapezoid and not quite a cone–is an ever folding envelope highly influenced by a cantilevered upper story that juts into the trees beyond, offering a view framed by an expansive picture window that occupies much of the projecting façade.

While the library parallels Revolutionary Road in its desire to explore social values of the past, the structure is one thing the film will never be: a clear reflection of contemporary ideas and traditions. 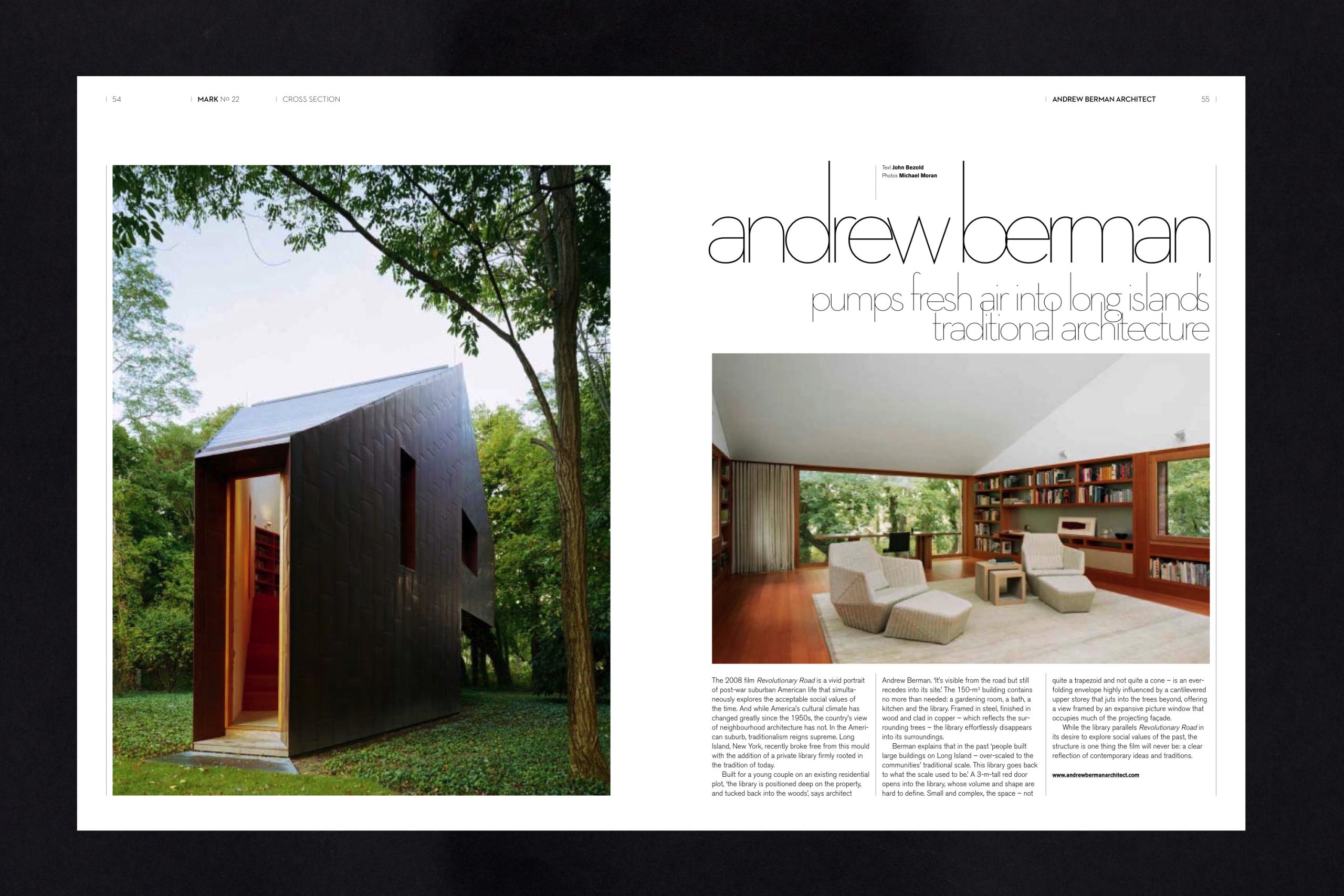